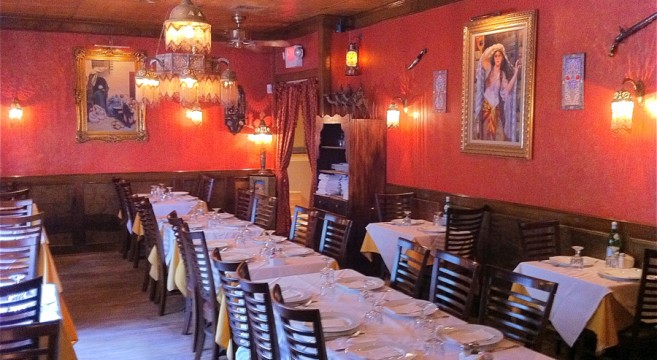 When you get a falafel craving, you’ve got to satisfy it.  We were in Clifton a few weeks ago and we had the craving.  We checked out Toros because we’d heard good things before.  We’d heard correctly.

Toros had a fundraiser for the Turkey earthquake victims this week which reminded me that I hadn’t written up our review yet.  Thanks for helping the Turkish victims and thanks for the great food, Toros! 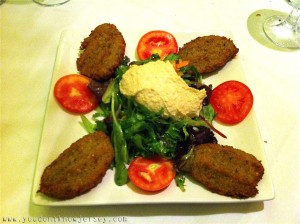 Sometimes falafel tastes like it was made in the morning and is now soggy and cold.  Sometimes, it’s such a perfectly formed patty that you can basically assume that it wasn’t made in-house.  Toros’ falafel was neither of those things.  Crispy on the outside and soft and flavorful on the inside, they were just perfect.  The hummus was also good.  We had it as an separate appetizer and it also came with the falafel and yet we were still able to finish it all because it was not too over-powering and perfectly spiced. 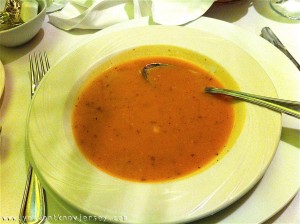 We had a red lentil soup as an appetizer which was really good. Rich and creamy with some bits of lentil left in it so it wasn’t completely blended and smooth.  Just the way I like it. The bowl was too flat so it was a little difficult to scrape the last few spoonfuls out of the bottom because it was so spread out.  But, a little tip of the bowl and it was alright. 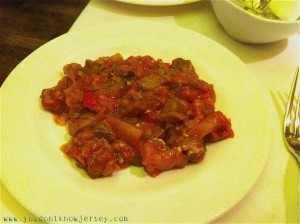 We also tried the babagannush which was more chunky and tomato-y than I’ve had before.  It was really nice, though. The only problem was that it was a little too cold and felt like it was right out of the refrigerator.  I don’t expect them to make it fresh every time someone orders it but it was a little disconcertingly cold.  I was expecting a slightly colder than room temperature dip and it ended up being jarringly cold.  Luckily, the flavors were pretty strong so the cold didn’t dampen the overall effect. 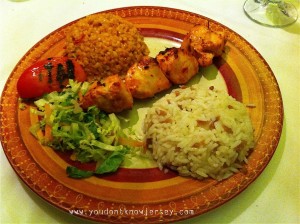 Next we tried the chicken kabob with yogurt.  It’s hard to go wrong with chicken kabobs.  Tender juicy meat with a nice creamy little sauce that is a little spicy and a little crispy from the cooking process. The kabob came with a spicy tomato rice and an almond rice pilaf.  Both were good and very flavorful.

The restaurant itself is a work of art.  Everywhere you look there are stained glass windows, beautiful seating arrangements and Turkish art.  Most falafel places we’ve been to haven’t really been up to this kind of standard in decor so we were very happily surprised with the attention to detail Toros had when it came to decor. 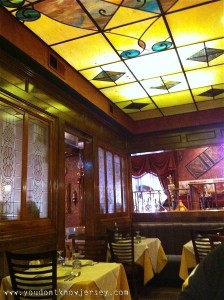 So, if you’re looking for a really pretty restaurant for some really good Turkish food with plenty of room for a large group of people, we heartily recommend Toros in Clifton!  They also have locations in Paterson and West Milford.

Check out all of the pictures from our visit here: 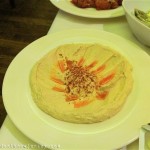 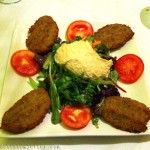 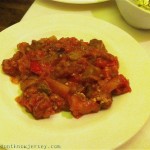 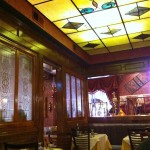 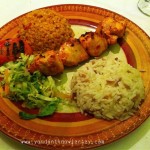 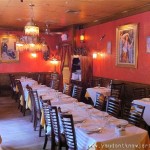 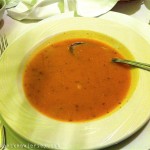 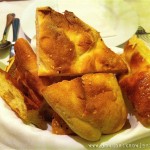