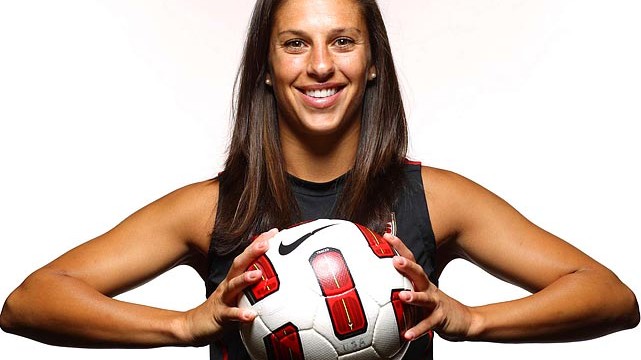 We’re highlighting all the New Jersey Olympians this summer because there are so many to watch for. Carli Lloyd will be playing for the U.S. Women’s National Team in Rio again this year.

She attended Rutgers University and played for Rutgers Scarlet Knights women’s soccer team from 2001 through 2004. She was coached by Glenn Crooks and was named First-Team All-Big East for four straight years. She was also named the 2001 Big East Rookie of the Year and the 2004 Big East Midfielder of the Year.

Before her senior year at Rutgers, Lloyd played for New Jersey Wildcats in 2004, on the same team as other NJ soccer all stars Kelly Smith, Manya Makoski, Tobin Heath, and Heather O’Reilly. She made only one appearance for the club.

She has a really cool and informative website that you should check out while you cheer for her and the rest of the US Women’s Soccer team in Rio: CarliLloyd.com.

[photo via carlilloyd.com and bio info via wikipedia.org]